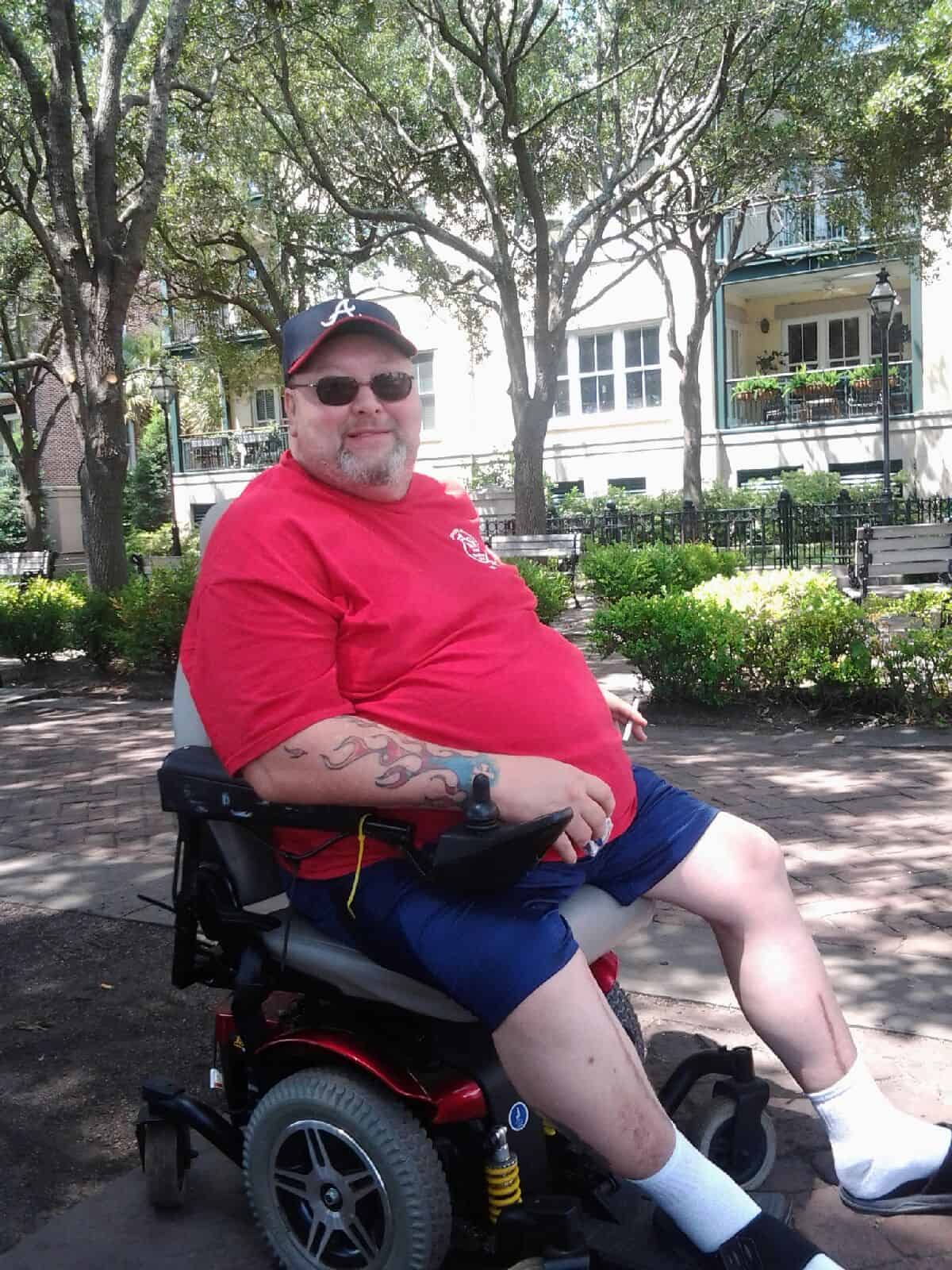 We met Otis, who many refer to as Big “O” in May 2013.  A gentle giant with a voice that could sing, he was at home behind the mic at local karaokes, winning many contests in the Upstate. Otis was a dad to seven children; his oldest were Kevin Hyder (28), Melissa Hyder (25), Jamie Hyder (23), Zach Eubanks (18).  He and his young children  Logan (3), Ashley (9) and Rudy (11) had a wonderful playful relationship. He found joy in cooking for them, building race cars, and spending time with his family. To capture that beautiful southern rock voice we got him into a recording studio where he recorded his favorite songs. His love for cooking was noted with his family favorite Stuffed Peppers recipe on a cutting board, thumbprint charms were made and quilts were designed highlighting his hobbies and special moments with his family.
Otis went home to sing with the Lord on October 13, 2013. It was a joy to hear him sing and an honor to meet him.